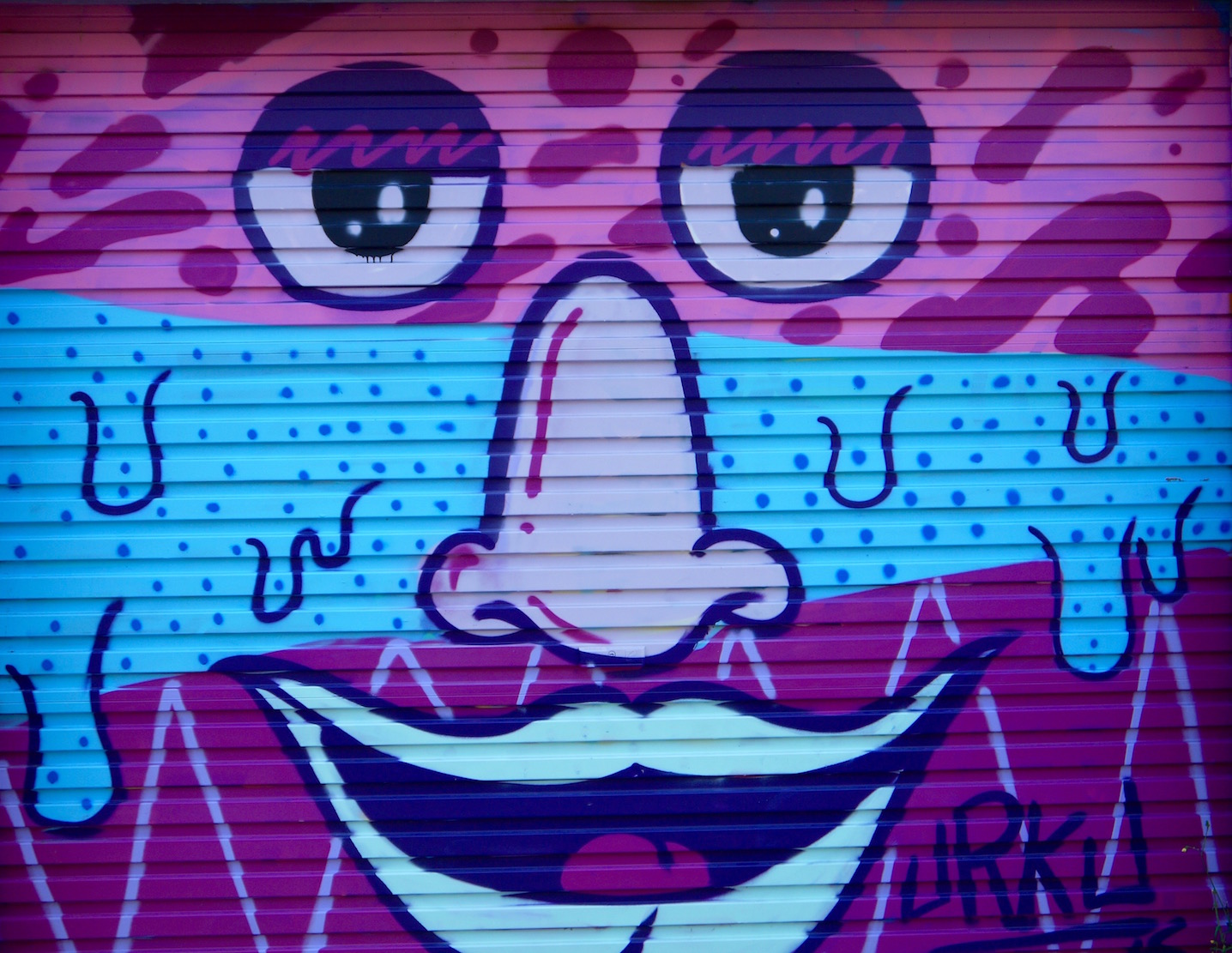 Views by the Founder and Members of Dragon Claw

Prednisone is a corticosteroid widely used to treat inflammation.  The evidence from controlled drug trials is that this medication does not cure any disease, instead, it is used to reduce inflammation by suppressing the body’s own immune response. After five or more days of taking the prescribed dose there should be a plan to minimize the dose.  “The place of steroids in rheumatoid arthritis remains vexed.  In these diseases, the aim should be to use the minimum dose required to gain symptomatic relief.  A typical dose is 5-7.5 mg/day of prednis(ol)one or up to 20 mg to gain initial control of symptoms.” (B. Hall, page 3, Australian Prescriber; 1999; 22:9-111 Feb 1999DOI: 10.18773/austprescr.1999.008).

Prednisolone is the same as Prednisone but is metabolised by the body more effectively.  The research literature questions what is a safe dose but few doctors do. Many people feel that the side effects are not serious and that one does not need to get off it quickly. Like most RA patients I have been taking the stuff for quite a while and feel that the impact of this drug is underestimated and that GP's prescribe at a too high dose level. I now have lost significant bone density, have poor teeth strength and eye problems. Prednisolone grabs the user. It holds you like a dragon’s claw and getting off is hard if you have been on it for months or years.

The literature talks about tapering the dose down slowly over time. I have tried this many times from 40 mg a day levels only to hit a wall at about 5 mg. I would flare and have to up the dose. Well, I have partly solved the issue. At low levels, it is impossible to split a 1 mg tablet accurately. The solution is to get your doctor to write a script to a compounding chemist to make up a solution where 5 mils of liquid is equal to 1 mg of the drug. This way you can lower the drug by two tenths at each reduction stage. Using this very slow but accurate method I am now at 4 mgs. I will wait at this level for a month then start reducing slowing again taking a month to get to 2.5 mg.  After quite a struggle I lost and had to return to 4mg.  It was my nineteenth attempt!

After being on Prednisolone for so long (60 months) I understand that my adrenal glands may have shut down or at least operate sub normally. Is this true? If so, I also understand that simply scaling down the dose may not get the glands to restart properly. Is this true? If so, is there some type of supplement that can stimulate the glands back in to normal activity as I drop the dose (say) below 5 mg per day? Could the fact that many longer term users of Prednisone simply are unable to get below 5 mg per day without a strong reaction, be partly explained by poor adrenal gland functioning? Who has an answer? I doubt if there is a "safe" dose over the longer term and I wonder why substitute medications have not been developed. Prednisone and its derivatives are cheap to make and are highly effective in a crisis situation like a major flare or during the initial flare trauma.

Many GP's offer them but I believe very few discuss the longer term issues. After being on the drug for a few months or a few years decreasing the dose is, in itself, a major task and should not be attempted without a plan. So few people understand this drug yet its use is widespread and so will its longer term negative impact on the health system.

“My GP and neurosurgeon had no idea what the big lump at the base of my neck was caused by and when I visited my Rheumatologist he advised that it was called 'Buffalo Neck' which was caused by my prolonged use of Prednisolone. I am so embarrassed by this large ugly lump and was reassured by my Rheumatologist that if I could cut down the dose then the lump would reduce in size. I have started to slowly reduce this medication because my skin is also now really dry."

"I'm a bit scared about triggering a flare, especially with the winter cold approaching.”

“This drug grabs you and does not let go.  It is like a parasite slowing sucking your wellness resources from your body.”

“I don’t understand why some people get off this drug easily while other fight and fight without success.”

“I was on prednisone for around 4 years for Lupus. During flare periods, I was on a high dose of 60mg per day for 3 months including 3 iv infusions of 1000mg. I developed a very puffy round face with this. Once it dropped to around 10mg these symptoms disappeared. My bone density dropped 15% in 1 year.  I have gradually weaned myself off now. It does work very effectively but has some devastating side effects long term.”

The scientific literature is quite extensive.  A minority suggest that the medication is too dangerous to be freely used while others argue the benefit-impact equation is reasonable. I believe this drug needs careful consideration and include some selected quotes from journals below:

After about 70 years of experience with treating Rheumatoid Arthritis (RA) with glucocorticoids, scientists have raised doubts about best practice and risk. "The medical community has been inept at producing a solid evidence base for the proper application of glucocorticoid therapy," stated Frank Buttgereit, MD, of Charité University Hospital in Berlin, and colleagues. Risks associated with this drug are serious and include osteoporosis, diabetes, tooth damage, eye damage, cardiovascular disease and weight gain.

Clinicians conducted a review which indicated:

That eight of the 15 sets of guidelines considered the use of glucocorticoids as an appropriate option, while seven provide explicit recommendations for use in one or more clinical situations such as flares and as bridging therapy. Most of the guidelines favour oral administration. Almost all of the recommendations agreed that short-term use of glucocorticoids is appropriate, with short-term referring to 3 to 24 months, and few suggesting that prolonged use is acceptable. With regard to tapering, information was very limited. For patient-specific concerns, little advice was provided. The researchers concluded that there was general consensus as to the usefulness of glucocorticoids, particularly when used for brief durations and in low doses, noting that this was "consistent with the widespread use of glucocorticoids observed in recent studies, which report prescription rates for glucocorticoid use some time during the disease course ranging from 33% to as much as 74%."

An expert task force from the European League Against Rheumatism also recently weighed in on longer term use, arguing in favour of use for 3 to 6 months or more with doses below 5 mg/day, noting that risks increase in most patients when doses exceed 10 mg/day.  Long Term Use of Prednisone In a seven-year study of 602 people with and without early rheumatoid disease, the results have been very positive.  Both groups were assessed in terms of death, cardiovascular disease, severe infection and fracture.  The typical dose range of those taking Prednisone was between 6 and 3 mg per day.  The results indicate that there was little difference between the two groups.  As such, low dose Prednisone over seven years is not dangerous. Reference: BMJ

Tell your doctor immediately or go to Accident and Emergency at your nearest hospital if you notice any of the following symptoms. These are all serious side effects of Panafcort/Prednisolone. You may need urgent medical attention or hospitalisation. Some side effects can only be detected by your doctor. So it is important to visit your doctor for regular check-ups when Panafcort is taken for long periods of time. Such side effects can include:

The following is a personal video opinion about Prednisolone.  Many of us are taking this drug, few understand its dangers and many GP's are perhaps a little too liberal with its prescription, especially for RD and Lupus.  See the members Forum for additional commentary.